Vanessa Sasson - Yasodhara and the Buddha

We're pleased to welcome a new guest host, David Mason, to the program today. Dave is an associate professor at Rhodes College.  He is also the editor of Ecumenica : Journal of Theatre and Performance. He’s the author of the books The Performative Ground of Religion and Theatre (Routledge, 2019) Brigham Young: Sovereign in America (New York: Routledge, 2014) Theatre and Religion on Krishna’s Stage (New York: Palgrave, 2009)

Dave will be speaking with Vanessa R. Sasson, a professor of religious studies at Marionopolis College in Quebec. She has a good deal of academic writing and editing under her belt, including the collection, Little Buddhas: Children and Childhood in Buddhist Texts and Traditions and the forthcoming, Jewels, Jewelry, and Other Shiny Things in the Buddhist Imaginary. But today, she and Dave will be discussing her debut novel, Yasodhara and the Buddha, which was recent published in the United States by Bloomsbury Academic.

John Archibald is a long-time reporter and columnist for The Birmingham News. In 2018, he was awarded the Pulitzer Prize for Commentary. Today we’ll be discussing his first book, Shaking the Gates of Hell: A Search for Family and Truth in the Wake of the Civil Rights Revolution, which is published by Knopf.

Julia Cooke is a writer whose journalism has appeared in The New York Times, Smithsonian, Salon and many others. Her first book was The Other Side of Paradise: Life in the New Cuba, and today we’ll be discussing her latest, Come Fly the World: The Jet-Age Story of the Women of Pan Am which is published by Houghton Mifflin Harcourt.

Patricia Engel, with her novel, Vida, translated into Spanish, was the winner of the Premio Biblioteca de Narrativa Colombiana, Colombia's national prize in literature. Her next novel was It’s not Love, It's just Paris, and then her following, The Veins of the Ocean won the 2017 Dayton Literary Peace Prize. Her latest, Infinite Country, is published by Avid Reader Press, a division of Simon and Schuster.

Memphian Mark Greaney return to talk about his latest Gray Man novel, Relentless, and about The Grey Man being developed for Netflix.

E.A. Barres is a pseudonym of the crime fiction writer, E.A. Aymar, who is also known as Ed. As E.A. Aymar, he’s published the novels The Unrepentant, I’ll Sleep When You’re Dead, and You’re As Good As Dead, as well as contributed to several anthologies. He has taken on the pseudonym E.A. Barres to publish They’re Gone, which is available from Crooked Lane Books.

Mateo Askaripour to the program. He’s a former director of sales for a tech company who has shifted to the written word. His writing has appeared in Entrepreneur, The Rumpus, and Medium, among others. Houghton Mifflin Harcourt has recently published his debut novel, Black Buck.

Anthony Amore is the head of security at the Isabella Stewart Gardner museum in Boston. He and Tom Mashberg co-wrote Stealing Rembrandts: The Untold Stories of Notorious Art Heists. Anthony then wrote The Art of the Con. His most recent book is The Woman Who Stole Vermeer: The True Story of Rose Dugdale and the Russborough House Art Heist which is published by Pegasus Crime.

Victoria Bond - Zora and Me: The Summoner

Victoria Bond is a poet and teaches writing at the City University of New York. She and T.R. Simon co-wrote the award-winning middle grade novel, Zora and Me, in which a young Zora Neale Hurston and friends must solve a murder in her hometown of Eatonville, Florida. In an unusual move, T.R. Simon wrote the second installment, Zora and Me: The Cursed Ground, and Victoria wrote the recently published final book in the trilogy, Zora and Me: The Summoner, which is published by Candlewick Press.

Mara Fitzgerald - Beyond the Ruby Veil

Mara Fitzgerald's day job is as a scientist, but she has recently published her first book, a young adult fantasy novel where the water and heroes are in short supply while expectations of piety are rather high. It's called Beyond the Ruby Veil, published by Little, Brown Books for Young Readers.
Share | Download(Loading) 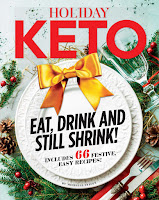 Michelle Stacey is a journalist and writer of non-fiction, frequently looking at nutrition and health. Among her previous books are Consumed: Why Americans Love, Hate and Fear Food and The Fasting Girl: A True Victorian Medical Mystery. Today, we'll be discussing her latest Holiday Keto which is published by Centennial Books.

Jenny Colgan is a tremendously successful Scottish novelist, with 35 published books, many of them best sellers, to her credit. She's a versatile writer, having written science fiction, including Doctor Who novels, stand alones, and several romantic comedy series. Today we'll be talking about the latest one in her series set on the fictional island of Mure, Christmas at the Island Hotel, which is available in the United States from William Morrow Paperbacks.

Connor Towne O’Neill - Down Along with That Devil’s Bones

Connor Towne O'Neill's writing has appeared in New York Magazine, Vulture, Slate, and The Village Voice. A graduate of the creative writing program at the University of Alabama, O'Neill teaches at Auburn University and with the Alabama Prison Arts + Education Project. Today we will be talking about his debut, Down Along with That Devil’s Bones: A Reckoning with Monuments, Memory, and the Legacy of White Supremacy which is published by Algonquin Books.
Share | Download(Loading) 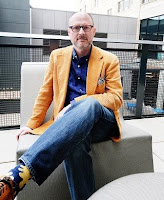 Jeffrey H. Jackson is a professor of history at Rhodes College and was last on Book Talk to discuss Paris Under Water: How the City of Light Survived the Great Flood of 1910. Today we'll be talking about his brand new one, Paper Bullets: Two Artists Who Risked Their Lives to Defy the Nazis.

Denise Kiernan - We Gather Together

Denise Kiernan is an author, journalist and producer. Her last book, The Last Castle, was an instant New York Times bestseller in both hardcover and paperback. Today, we'll be discussing her new book that is seasonally perfect, We Gather Together: A Nation Divided, A President in Turmoil, and a Historic Campaign to Embrace Gratitude and Grace which is published by Dutton.

H. Ripley Rawlings IV is a recently retired Marine Corps lieutenant colonel who has entered into the world of writing military thrillers. He made his publishing debut last year with Red Metal, which he co-authored with best-selling author, Mark Greaney. Today, we'll be talking about Rip's retirement from the Corps and his first solo novel, Assault by Fire, which is published by Pinnacle Books.

Peter Baker and Susan Glasser - The Man Who Ran Washington: The Life and Times of James A. Baker III 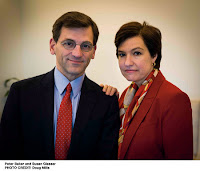 Peter Baker and Susan Glasser are our guests today. Susan Glasser is currently a writer for The New Yorker where she pens the column "Letter from Trump’s Washington." She's previously been the editor of Politco, editor-in-chief for Foreign Policy, and was national news editor for the Washington Post. She has written the book, Covering Politics in a "Post-Truth" America. Peter Baker is currently the chief White House correspondent for The New York Times, and worked for The Washington Post for 20 years. He's published several books among them are The Breach: Inside the Impeachment and Trial of William Jefferson Clinton and Obama: The Call of History.

Glasser and Baker are married, served as co-Moscow Bureau chiefs for The Washington Post, and together wrote the book Kremlin Rising: Vladimir Putin's Russia and the End of Revolution. Recently, Doubleday has published their second co-authored book, The Man Who Ran Washington: The Life and Times of James A. Baker III, which we will be discussing today.
Share | Download(Loading) 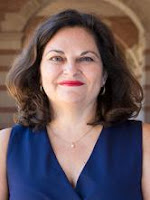 Laura E. Gómez is a professor of law, sociology, and Chicana/Chicano studies at UCLA Misconceiving Mothers: Legislators, Prosecutors and the Politics of Prenatal Drug Exposure, Mapping “Race”: Critical Approaches to Health Disparities Research, and Manifest Destinies: The Making of the Mexican American Race. Today we'll be talking about her new book. Inventing Latinos: A New Story of American Racism, which is published by The New Press. 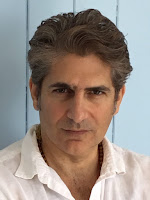 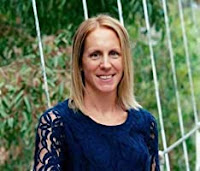 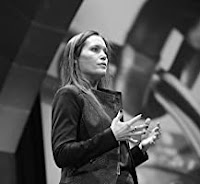 Hannah Brenner Johnson is Vice Dean for Academic and Student Affairs and Associate Professor of Law at California Western School of Law in San Diego. Renee Knake Jefferson is Professor of Law and holds the Joanne and Larry Doherty Chair in Legal Ethics at the University of Houston Law Center.

These legal scholars have collaborated on Shortlisted: Women in the Shadows of the Supreme Court. It's a look at the history of women who were considered for the Supreme Court prior to Sandra Day O'Connor's appointment in 1981. It also looks at what appears to being an honor by being a finalist for important positions is a way to pay lip service to diversity without actually achieving it.