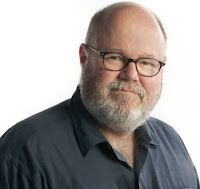 Stephen Hunter is the Pulitzer Prize-winning former film critic for The Washington Post and has enjoyed a very successful career writing thrillers, both series and stand alones. He's best known for his Bob Lee Swagger series. He was last on the program to discuss the sixth entry into the series, I Sniper. In this episode, we'll be talking about book number eleven, Game of Snipers, which is published by G.P. Putnam's Sons.