Wayétu Moore - She Would Be King 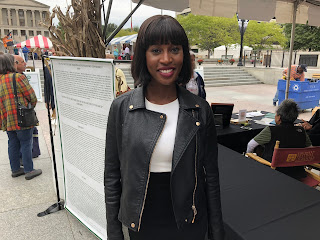 Wayétu Moore is the founder of the international non-profit organization, One Moore Book. Her writing has been featured in publications such as, The Paris Review, Guernica, The Atlantic, and others.  Today, we're discussing her debut novel She Would Be King (Graywolf Press), which follows three characters who return from slavery or exile to help with the early days of Liberia's nationhood in the beginning of 19th century.